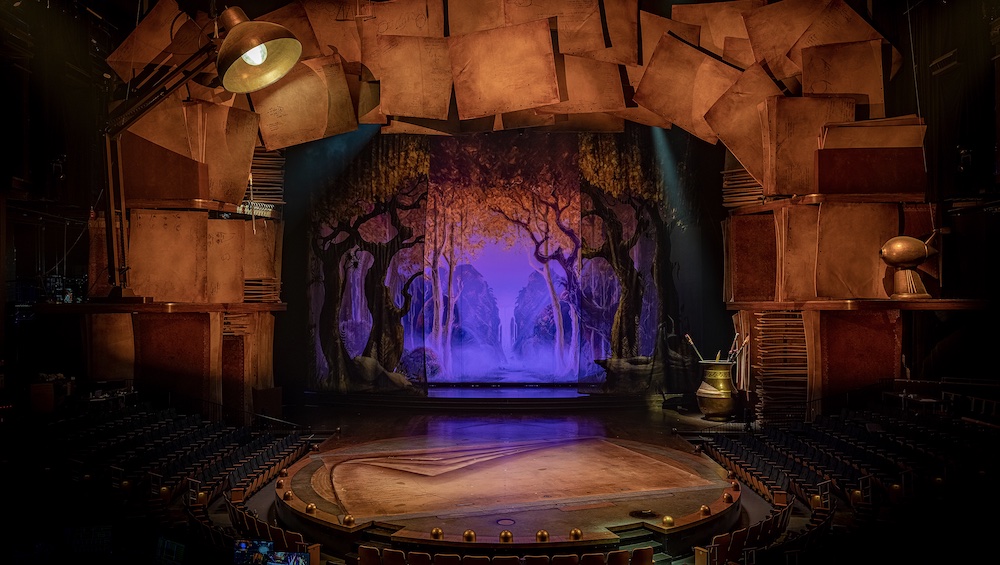 On a sunny afternoon in March 2020, a small crowd shuffled into Cirque du Soleil’s sprawling tent-shaped theatre at the Disney Springs resort in Orlando for a mini-preview of its new show, Drawn to Life. Once inside, everyone’s sense of perspective was immediately put to the test. A towering lamp loomed over the stage, its bulb the size of a baby elephant. Twenty-foot-tall pencils stood in a jar near an old-timey pencil sharpener that would take a team of six to operate. Dozens of bedsheet-size sketchpad pages hung overhead. This was what it must be like to be shrunk down to size and perched on an animator’s table. The effect was Lilliputian. Or, since this was a Cirque-Disney co-production, Jiminy Cricketian.

Drawn to Life tells the story of Julie, a young girl whose animator father has died (in keeping with Disney’s tradition of doing away with parents). When she discovers some of his unfinished animations, she sets out to complete them. The audience that day was made up of reporters, theme-park-industry watchers and Disney employees, and as they took their seats—strangers sitting elbow to elbow, their faces just inches apart—a team of acrobats dressed to look like pencil sketches performed in tandem with animated drawings projected behind them. Then a muscular aerialist twirled a giant pencil dangling from a rope like he was drawing onto a sketchpad on the stage. When an old wooden desk sprang to life and galloped away, delight at the spectacle was apparent on the onlookers’ unmasked faces.

No one there knew it yet, but this was Cirque’s last gasp in the Before Times.

The federal Liberals have set an ambitious new target for Canada to reduce its greenhouse gas emissions as part of a sweeping set of big-ticket budget measures aimed at fighting climate change while giving Canada’s pandemic-hit economy a green lift.

In her budget speech, Finance Minister Chrystia Freeland said Canada’s new goal is to reduce emissions by 36 percent below 2005 levels by 2030, up from the 30 percent reduction target first set by the previous Conservative government.

But with U.S. President Joe Biden set to host a virtual climate summit of 40 world leaders later this week, where some believe he may announce a reduction target of 50 percent, it’s not clear Canada’s upgraded plan will be ambitious enough.

Canada’s finance minister Chrystia Freeland delivered the Liberal government’s first budget since 2019, vowing to “punch our way out of the Covid recession” with C$101bn (US$81bn) in spending over three years.

“This budget is about finishing the fight against Covid,” she said during her budget speech, which she delivered to a nearly empty parliament with Prime Minister Justin Trudeau seated nearby. “Our country cannot prosper if we leave hundreds of thousands behind.”

In drafting the budget, Freeland said the government drew motivation from mistakes some countries made in the wake of the 2008-09 recession, which showed “the cost of allowing economic hardship to fester”.

Like every CEO when the pandemic hit, Christopher Gimmer wondered how the crisis would affect his Ottawa-based startup, Snappa. He had reason to be hopeful, on the business front at least. Snappa is a small company with only a handful of employees, its simple-to-use online graphic design tools were already popular with entrepreneurs, and within weeks Snappa’s growth rate accelerated as more businesses rushed online. Yet Gimmer was troubled by what he saw around him— governments battling the rapidly spreading COVID-19 virus by raising debt to levels not seen since the Second World War, while central banks slashed interest rates to near zero.

Which is when Gimmer did something very few other CEOs had ever dreamed of. After Snappa’s bank cut the interest rate on its “high-interest savings account” to 0.45%, Gimmer began to shift a portion of Snappa’s cash holdings into bitcoin (BTC), the radical cryptocurrency that promises a way to conduct transactions online while sidestepping the established world of finance. It’s also an asset JPMorgan Chase & Co.’s chief executive officer, Jamie Dimon, once derided as a “fraud … worse than tulip bulbs.”

“Central banks and nation states have reached a point of no return, and they’ll never be able to raise rates again,” says Gimmer, who fears the value of currencies will be driven down even further after the pandemic ends. Bitcoin, on the other hand, has a hard cap of 21 million units, and the last bitcoin won’t be electronically mined until the year 2140, something fervent adherents, including Gimmer, insist protects its value against erosion. “We worked really hard on this business over the course of five years and developed a really nice cash balance. We realized bitcoin could be the ultimate reserve asset for us to protect our purchasing power,” he says.

For those who lived through the tech bubble of the late 1990s, the renewed enthusiasm for all things hydrogen has likely brought a sense of déjà vu.

Two decades after fuel cell mania sent shares of companies such as Vancouver-based Ballard Power Systems Inc. soaring – only to crash when the technology failed to live up to its promise for commercialization – investors are betting that the time has finally come for the universe’s most abundant element to play an important role in tackling climate change.

“It really is a case that 20 years ago hydrogen looked interesting but was ahead of the time,” said John Bereznicki, an analyst with Canaccord Genuity in Calgary. “The political will to decarbonize has evolved.”

Soon after Vancouver’s landmark Dressew Supply went into lockdown mode in mid-March, David McKie, co-owner of the warehouse-style shop famous for its overflowing aisles of buttons, zippers and multicoloured fabrics, began to see surging demand for cloth and elastics by people wanting to make face masks. But there was a problem—McKie had never gotten around to building a website for the business, so a skeleton crew of three, down from Dressew’s usual 30 employees, was left frantically trying to fill orders by phone. Something had to change. So in April, McKie bought a laptop and a camera, and within two weeks the nearly 60-year-old family business had joined the COVID-19 e-commerce boom. “There’s so much more we can do with it that we haven’t done,” he says, noting Dressew only handles orders for curbside pickup for now.

The company behind the scenes of Dressew’s rapid pivot is one that has powered tens of thousands of similar transitions over the last year by desperate Main Street retailers across Canada and helped dramatically reshape the country’s retail landscape—Shopify, the 15-year-old Ottawa-based software company that lets merchants easily set up online stores with just a few clicks. 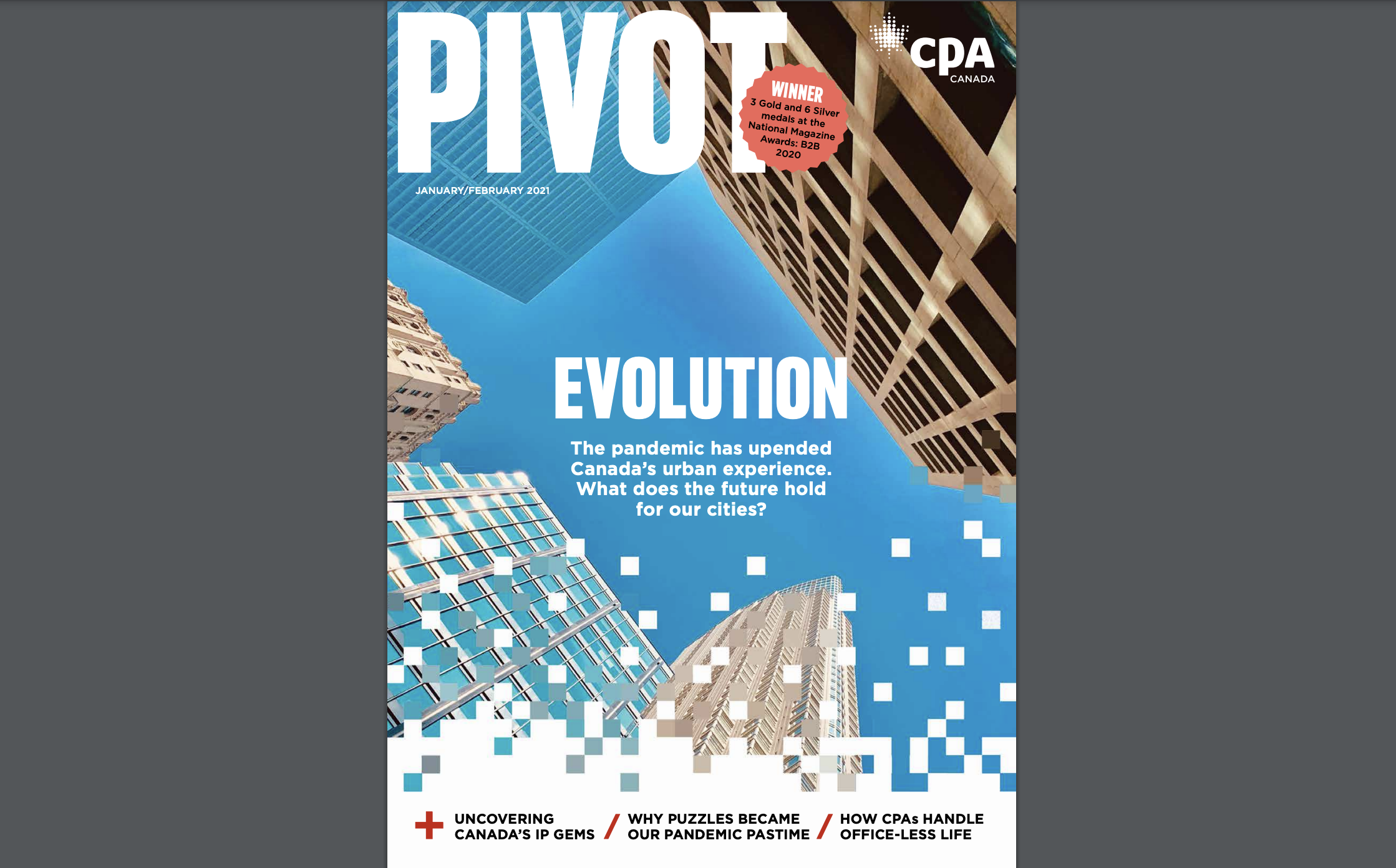 In March, Yoo was gearing up for yet another busy spring fashion shopping season, but it never happened. At least, not in the way she envisioned. With her store deemed non-essential and ordered to close amid the pandemic lockdown, Yoo spent the next month with her small staff photographing and cataloguing every item to sell over the internet. She’d already taken small steps into the e-commerce world, but now she converted one of the shop’s three rooms into a photo studio to keep pace with surging online sales. Then, when another luxury consignment shop shut its doors, Yoo snapped up $500,000 of its stock to add to her offerings.

“The workload is more now—I work 100 hours a week—but we’re doing similar to or better than before,” she says. “I’m one of those people who looks at the cards I’m given and adapts, and this whole thing has been an exercise in adapting and finding creative ways to survive and reinvent your business.”

Yoo’s journey is a microcosm of the gruelling ordeal thousands of small and medium-size businesses have endured during the pandemic.

One of Paul Martin’s hallmark initiatives as prime minister was the Kelowna Accord, a five-year, $5-billion agreement aimed at closing the social and economic gap between Indigenous and non-Indigenous Canadians. His government’s defeat meant the accord was never implemented, but after leaving politics, he launched the Martin Family Initiative (MFI), a charity aimed at improving education, health and well-being outcomes for Indigenous children and youth in Canada. He spoke with Pivot about his foundation’s evolution, the role of the private sector in tackling social problems and whether we should worry about the explosion in government deficits.