When an oil market war broke out between Russia and Saudi Arabia on March 8, it triggered the worst single-day price collapse since the early 1990s. As petroleum-producing nations, including Canada, have grappled with the fallout the price plunge has drawn comparisons to the oil routs that occurred in 2008, during the Great Financial Crisis, and in 2014 when markets finally caught up with America’s shale boom.

It’s tempting to view all three downturns as separate episodes, but everything that’s happened since 2008 has been the back end of a boom that more or less began in 1998. That was when oil prices finally bottomed out after crashing in 1980 and begun their epic climb.

I created the following chart a few years ago for a story for Maclean’s, and I’ve kept updating it since. (I’ll continue to do so on this page.)

It tracks what happened after that 1980 oil bust, overlaid with the price of crude since the 2008 peak, all adjusted for inflation.

This is by no means a forecast, but it does provide some perspective on what we’re seeing now. As painful as this latest bout of low prices is for Canada’s oil producing regions—which layers on top of the economic trauma wrought by the Covid-19 shutdown—the path oil took after the 1980s bust shows further declines in the future would not be unprecedented. If this downturn lasts as long as the rout after 1980, that would entail another seven years of slumping prices. Even if OPEC and Russia reach a truce, there is little on the horizon to suggest an impending reversal.

Having said that, it would also be unprecedented if the price of oil doesn’t eventually rise again. The chart below comes from a December outlook report by Stifel, a U.S. investment bank, and it tracks the long term growth rate of inflation-adjusted commodities since 1795. The boom and bust cycle that every commodity producing nation is familiar with is on display. As is the long-run cycle of populism, strife and conflict. With the emergency break pulled on the economy and a global recession of unknown depth and duration now unfolding, there’s little reason not to expect an era of domestic and international tension will follow. 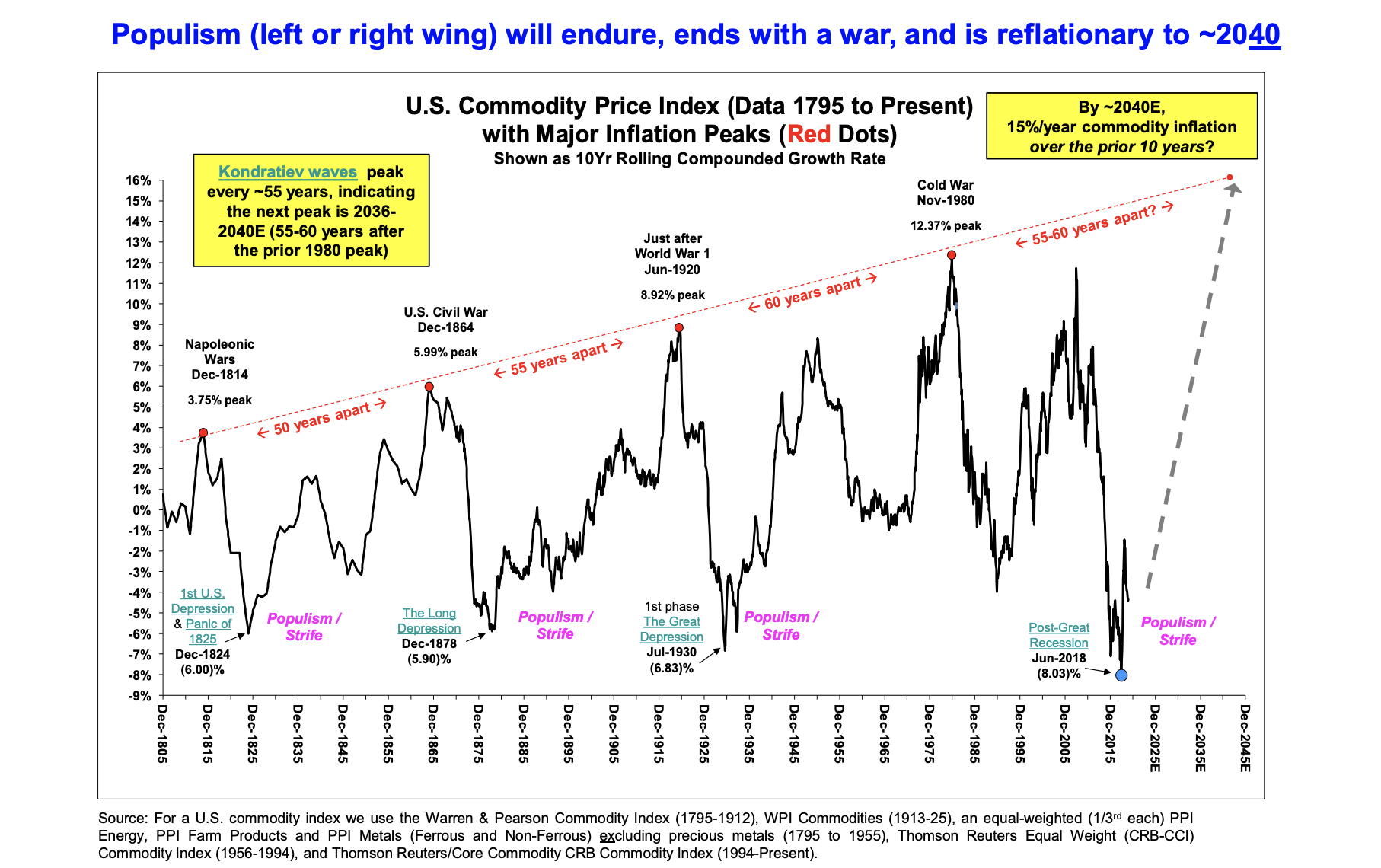