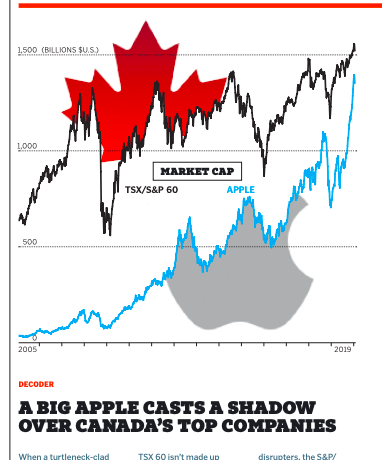 When a turtleneck-clad Steve Jobs unveiled the first iPhone in June 2007, Apple was already massive, with a market capitalization of US$100 billion. But Research In Motion, as BlackBerry was then called, was no slouch — later that year, it would rocket past Royal Bank of Canada to become the most valuable firm in this country, with a market cap of more than US$70 billion.

Thirteen years later, Apple is a $1.4-trillion juggernaut and the world’s most valuable company.